IDIS video tech among 2019’s best new launches, to be voted by the industry 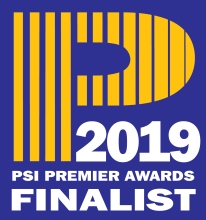 Two of IDIS’s most popular new video technology launches have been selected for the 2019 PSI Premier Awards.

Over the last two months PSI Magazine readers were asked which technologies they have installed - or read about - were of most interest or gave the best results. Features, benefits, ease of installation and best service were all factors considered, and shortlist of security products and software now goes through to the final vote.

The popularity of the DC-Y6513RX reflects IDIS’s focus on developing technology that installers and end-users really want – in this case, a high-specification 360º camera in a compact form. It captures high-definition images in all lighting conditions, without blind spots, and offers the benefits of heat mapping without the hassle and cost of additional appliances or analytics software. Users also have the ability and convenience to de-warp onboard the camera, via client software as well as on mobile devices.

Meanwhile IDIS Dynamic Privacy Masking (IDPM), also through to the finals, offers a simple answer to the previously labour-intensive – or prohibitively expensive – problem of de-identification in video footage.

Last year GDPR gave the right to any person captured by a video surveillance camera to access a copy of their personal recorded data. Whilst complying with this law companies are also required to protect the identity of any other individuals who feature in the recorded video, with anonymisation and masking.

The same de-identification also needs to be applied when providing video clips to the police and courts for use as evidence.

Since its launch and its availability as a download from the IDIS Partner Portal, IDPM has proved popular with small to medium companies – for example, retailers and eating-out chains – who are struggling to manage their recorded video footage.

“IDIS Dynamic Privacy Masking has really impressed users since we unveiled it earlier this year as it delivers significant cost and labour savings,” said James Min, Managing Director, IDIS Europe. “We’re delighted that it’s been chosen by security integrators for these important industry awards alongside our 5MP Super Fisheye which is already popular with our retail, education and healthcare customers.”

Voting is now open and the winners will be announced at a gala dinner on 5th November.